skip to main | skip to sidebar

Just a note, I do have a tumblr now.  I've found it a little easier to keep current with stuff that way.  I'm terrible at blog posts, I mostly just ramble.

So, I will probably get around to posting things here again, but I will also be posting them to:

It's a lot of pics of my gameplay mostly, but I did share a lot today, and maybe I'll share some other things there, too.  I kind of hate being all over the place, sharing things willy-nilly, but I'm naturally absent-minded.  :sigh:

So, maybe you'll follow me there.  The one thing I really love about tumblr is that it is active and dynamic.  :shrug:

We'll see what comes next, I'm still pretty busy with 2 active young kids.
But I'm trying a little harder right now to not lose track of things I enjoy doing for me.
Like sims.
Posted by Spacerox at 5:07 AM No comments:

Just a quick hello.  I've been very busy, so busy that I've been unable to even crack the game open since the week of Seasons release, which is a bummer.  Lots of stuff going on in my life, 2 busy kids, and the holiday season.

I hope you had a wonderful Thanksgiving, that you have a very merry and safe Christmas, Hannukah, Yule, whatever you believe in.  No matter what you choose to celebrate, I hope that you're able to spend these days with friends and family.

*Just for clarity, this is Version 1.  I intend to keep working on this world and making corrections as they're needed, but I wasn't as clear as could be when I originally posted this.  This is Version 1, I have been play-testing with no obvious issues in my own game for some time, but this is still a world in testing and development and there may be some fixes and changes made in future versions.  I don't say this to discourage you from downloading, but if you choose to download, I just want you to know that there will be things that I will probably be correcting as I find them.*

This is the empty world for my Sunset Valley CAW edits that I did for myself.  It's called New Sunset. I realize this isn't terribly exciting, lots of people have Sunset Valley rehashes, but SOMEONE might find it useful.  It has a handful more lots, some of the weird sized lots have been replaced with more standard sizes.  I got rid of the palm trees.  Essentially, I just tried to make it more useful for myself, particularly with Seasons coming. 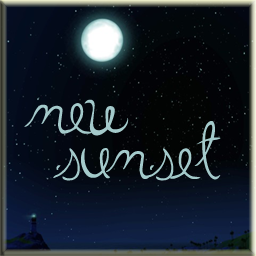 Mostly, it's updated with this: 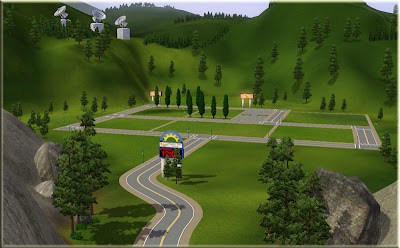 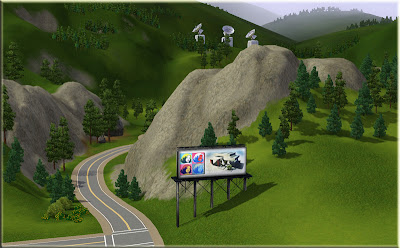 Since I use a modified version of the Showtime Art Gallery in mine, I've used the billboard heading up there that features the picture of the same.

I moved a lot of stuff around, I tried to leave the general feel of the world intact, but I did change out some stuff. 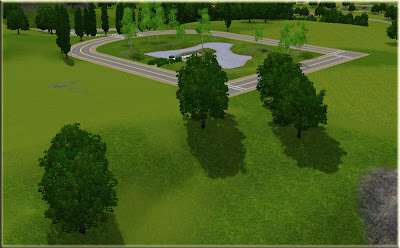 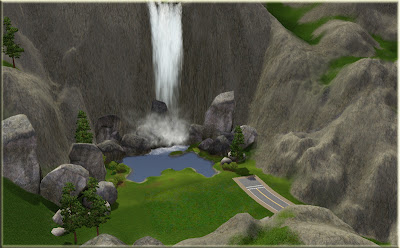 This lot near the waterfall is now a 30x40 and actually touches the road.  I wanted to go 40x40 or 40x50 but it cut into that steep hill and made the lot less usable anyways, so I left it a 30x40 that's flat to be at least pretty versatile. 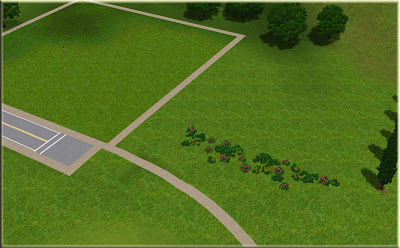 Between the flowers and cypress, where the dome used to be, there is now a 50x50 lot next to where the Science Center lot is in base SV.  I plan on using this space for some gardens or a park adjacent to whatever I choose to put there, it may still be the Science Center. 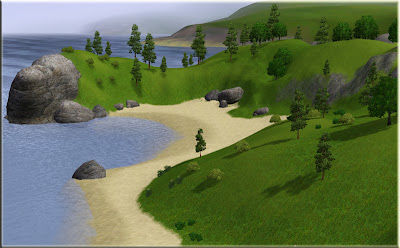 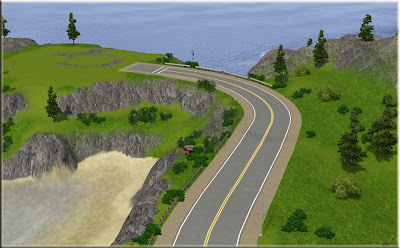 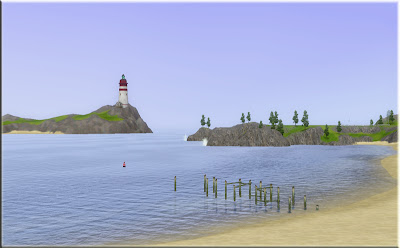 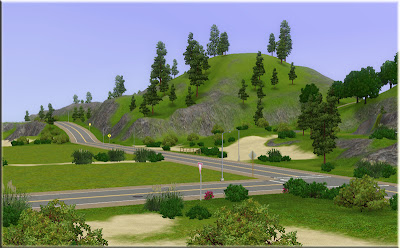 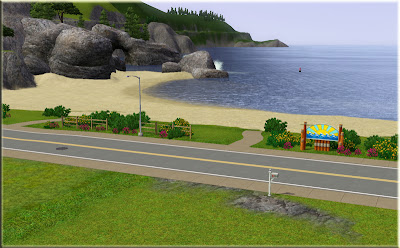 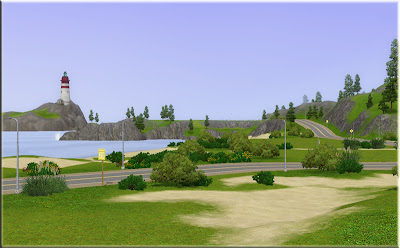 The palm trees are gone, as is the concrete wave fence, I added some bushes and firs into the landscape to complement the other rocky hillside which is covered in firs. 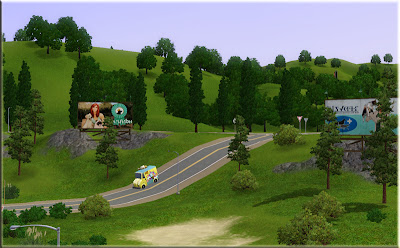 I did add a few other billboards around town, just because I wanted to.  ;o) 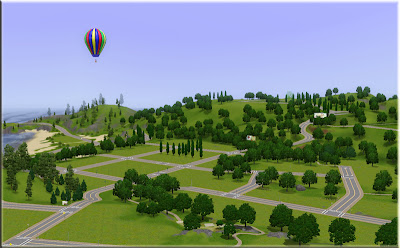 I also changed some of the lots out downtown.  The one where the school was placed is still there, but the matching sized lot that was Mirabella Plaza is now 3 20x30 lots, and the museum and gym lots and their partner-lots in their plot divisions have been turned into 4 30x40 lots.

I've also moved some other lots around, squeezed a few more in here and there, the grand total isn't MUCH more than it originally was, I think originally SV has 98 lots and mine has ballpark 115 now, but my town was bursting at the seams trying to rein in all of the lots added with each expansion.

As I said, this is mostly for my own uses.  I won't be taking requests or anything, and I'd really rather not hear about disliking my choices of lot substitutions and things.  This isn't meant to sound mean or sensitive, but CAW isn't my forte and I genuinely am offering this because someone might like it or find it to be useful.  I've been playing in it and slowly building it for a while now, on a different version, but the only thing I changed between that version and this was I deleted the lots as I'm not ready to release anything with any lots added at this time.
If you find errors or issues with it, however, while it may take me some time to update, I am willing to fix problems that are found.  Hopefully there aren't many of those, as it IS an EA world and I didn't do THAT much to it, but if you find problems, do let me know about that.

There may be a released version with my lots of choice added, I'm a slow builder so most of the lots will probably just be redecoration of  houses from various expansions and worlds.  However, here's the empty version and if you like it, that's wonderful.  I hope you do.

In my game: The Odds

I have a house full of Supernatural sims, I named the Household The Odds because they're all strange and they're kind of a bunch of odds and ends. 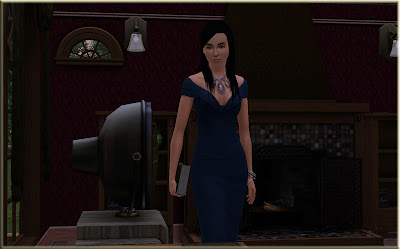 Minnie Shae is a witch.  She's proper and shy, clumsy, a gatherer, and family-oriented. 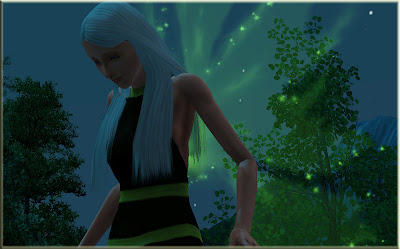 Ashk Helenia is (rather obviously) a fairy and is nurturing, brave, loves animals, loves the outdoors and she is also disciplined. 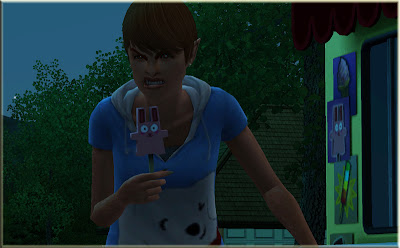 Callie Rufus is a werewolf.  Callie's a flirt and afraid of commitment, she's outdoorsy and friendly and a bit of a party animal. Emphasis on the animal. 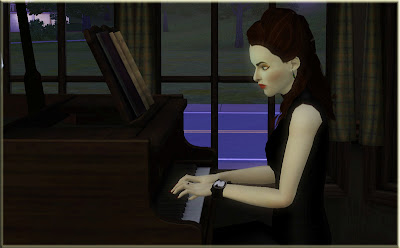 Vivian Corbie is mean spirited, dramatic, and has no sense of humor. She is a genius and virtuoso, though. 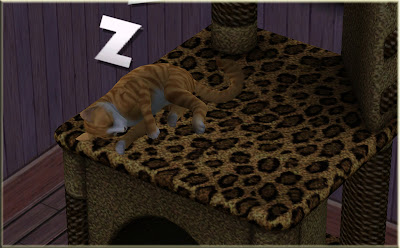 Bobo was the first pet in the house and he's still king of the place. 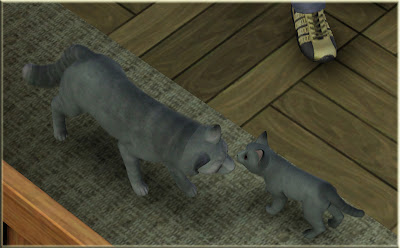 Then there's Agnes D and her cloned kitten, Ellie. 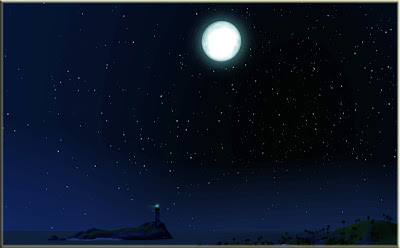 Pretty moon over the point. 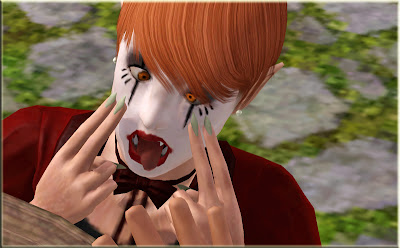 And Callie's a mime, working her way through the Acrobat career, too...had I mentioned that?

I don't really write stories, but I may occasionally post some pics and captions, I have a backlog of pics from various saves and I may sometimes share what they might be up to.
Posted by Spacerox at 6:17 PM No comments:


Just an updated version of the Goth Manor.
Colors have been toned down, some additional decor was added, it's still the same lot, just a less severe version of itself. 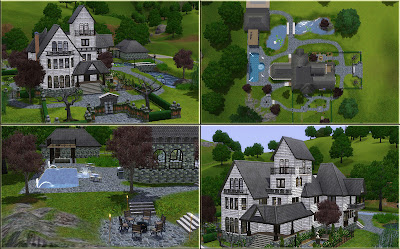 It's still the same 64x64 lot, it costs a bit more now, the fences and stairs have all been replaced with recolorable versions, there's no CC, but it now requires some additional EPs for the objects used, I have all EPs but I didn't actually add much, so I think the objects used were just from Supernatural and Showtime.  You shouldn't NEED them, but objects will be replaced or deleted if you don't have them. 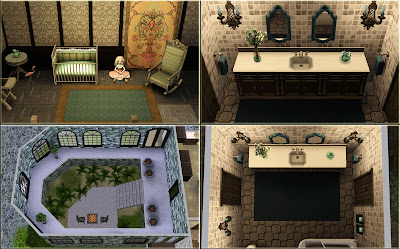 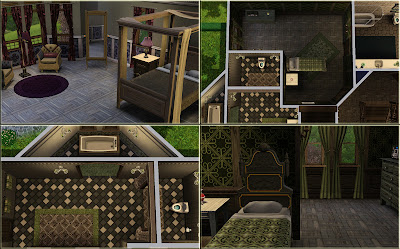 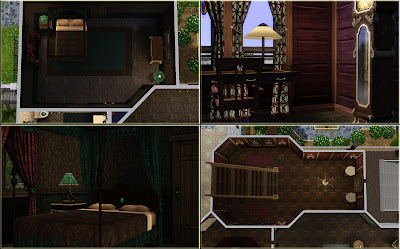 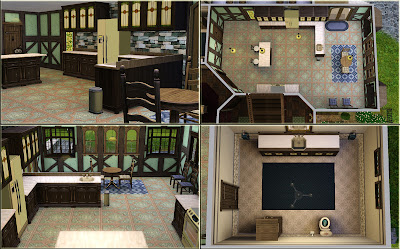 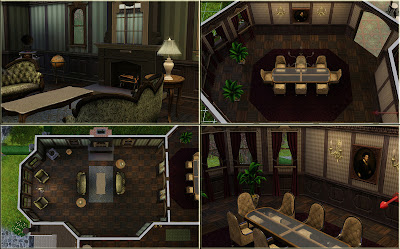 Okay, this is not a set-in-stone kind of list.
This is a "these things are in a folder and I may or may not get around to doing them" list.

I'm slow at finishing up projects.
I am also bad about losing lists to projects I'm working on lol.

So here are some (because, as I mentioned, I'm bad about losing my lists...and I lost the last one) of the things I want to work on:

*Accessory shirts--I know, it's been done.  Sadly, however, a lot of the ones I liked I don't have anymore and the links are broken or missing.

*Objects with the "writing" function of the wall plaque from WA like Sticky Notes or something...mostly just for giggles for myself.

*The Sims Daily Advent gift...ideas in place, but nothing concrete/completed yet, this one is a secret lol.

*Recolors of body washes, simlish and in-game images for labels.

I'll possibly come back to this post from time to time, I don't know.
It's not super-exciting stuff, but I'm trying to be more organized and task-oriented.

Posted by Spacerox at 3:16 AM No comments:

Okay, so I know I've mentioned it before, but I get busy and I don't update often and I always feel a bit badly about that.

There are reasons lol.
I have 2 kids now, I had a second healthy and happy little girl 7 months ago and I would be busy if it was just that but their dad is a grad student and we recently moved 8 hours from where we were living to get him into school.

I haven't given up creating, but I had to step back and take care of my real life first.
I'm contemplating taking a more active role in the blog perhaps, since I still enjoy it, but I haven't quite decided what is going to happen next.

I've been building lots lately, nothing super-insanely fancy, but I've got a few that I'll be transferring here from Simset Boulevard because the mods there have decided to shut things down and I'm a little heartbroken over that.  They've been such an amazing group of people and I've found it much easier to share when it's a conversation instead of just rambling out into space.

Blogging is hard for me, it feels very one-sided.

I've also got a new Sunset Valley map overhaul about ready to go empty, I'm slowly working on lots for a "built" version, but I've got a few bugs to work out of it still, a few things I changed that I'm not entirely sure about, so I'm not quite ready to share, but I've been wanting to get it up and running for Seasons, I am really excited to have something all my own for Seasons.

I have a few CC things I was thinking about, I'm still trying to learn, even if it's been a long, slow process for me.

I don't know.  I'll figure it out.  Anyways, give me a few days, I need to get things uploaded here but I should have a few lots up and ready before long.
Posted by Spacerox at 2:58 AM No comments:

Labels: Notes
Older Posts Home
Subscribe to: Posts (Atom)
Thinking about the kind of things I have a tendency to create, it's all been a little recolor of this, a new picture for this frame, a little odds and ends in general. I looked at my collections of art for Sims 3, it's all kinda odds and ends, much as a secondhand shop.

Spacerox
Trying not to take any day for granted. That's all I've figured out so far.